The names have been changed

to protect the innocent - I mean..
the guilty.

So here we have the short and condensed
AND
less pissed off version of my weekend. 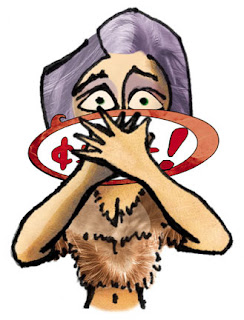 What good a little time and space does
a congested, angry, hurting mind.  Good enough to be able
to sort through it all and write it down.

So the madness started on Thursday.
My daughter, Anna had told me that she was NOT planning on attending the
Homecoming football game at the High School on Friday night.
There was a big Invitational that she was swimming in on Saturday
morning - and this decision was the first of I'd hoped, many,
good decisions she would be making for the rest of the weekend.
It was a FULL weekend, suffice it to say.

So the alarm goes off for her Friday morning at 3:50 am, and
I truly admire her for her 1. ability to get up and function so early
on some days and 2.  do it without an attitude - sometimes with
excitement!  So she did that and then proceeded to go to school.
Come home and get ready for her second swim workout of the day.
Again - without complaint.  She proceeded to tell me she'd decided to go
to the game for 1 hour.  So I picked her up from practice and dropped her off
at the game - much to the dismay of her club coach AND her
high school coach.  But whatever.  She's a teenager.  A freshman.
And she works hard to maintain some semblance of social life,
while working hard at school and at the pool.

One hour turns into three.

Fast forward to the next morning where she has to be up and on the bus
to the meet by 6:15.  A text from her after getting to the meet, was to
inform me that she would be catching a ride home with a parent that I do not
know, but one of a kid on her team.  This was after my set-in-stone rule of - any away
meet that I did not attend meant she was to ride the bus back to school.
I could have said no.  But I didn't.  Like an idiot, because that was where the
day slid downhill.  So the aforementioned "late night out" translated into a
crappy meet.  Which was relayed to me by text, after a few sarcastic ones from
me - obviously typed with ALL CAPS.  'Cause that's just how we roll now -
we talk to our kids over text.  And to relay the importance of what we have to say,
we do it in capital letters.  Awesome.  Not how I'd want it, but let's be real,
it is just how it is.

It is also, the day of the Homecoming dance, of which we bought a lovely dress
for Anna to wear, along with some lovely jewelery.  Now plans were set that
she would be getting dressed at a friends house and I would head down before
they left to take pictures.  That special moment - your daughter's first homecoming.
So apparently coming off the shitty meet, Anna decides she is going to go directly,
and I mean, DO NOT PASS GO, DO NOT COLLECT $100,
directly TO her friends house
right
after
the
meet.
Four whole hours before the dance.
So she "stops by", comes in the front door, marches right into her room,
"protected" by her friend (because surely Mom and Dad won't flip out on me while
my friend is in the house), gets her things and leaves at lightening speed, with a
quick little goodbye thrown at us from the front door.
BUH BYE

More texting proceeds between the two of us.
And guilty as charged.
The F word is flying.
all
over
the place.

I am livid.
Beyond pissed off.

But what's done is done.
She spend the next 4 hours at her friends house.
She popped back in to collect $25 to get into the dance,
because I refused to bring it to her,
about the same time I refused to take pictures.
Standing on the principal of the matter.

And I never felt worse in my 14 years of parenting.
The worse part of this.  I consider myself a pretty strict parent.
Really.  But shit sometimes just gets OUT of CONTROL.
And I may just be the one to let it get that way.
Scary.
And as I type this I say.
She is a good kid.
But a good kid in the day of being able to take
advantage of, or manipulate situations
way easier than it was WAY BACK WHEN.

Which brings me to my son and yesterday.  Who too, is a good kid.
So I ask Conrad to do a grade check.  Because I am a strict mom,
right?  And I am riding them both like a pony, about their grades.  So he
kinda sorta logs on and say "My grade went up a tiny bit in English."
So between the haphazard log on and a very non-informational answer
to the grade question, I told him to log on and I was going to
LOOK, you know - with my own two eyes.

As I sit and proceed to go through his grades - 4 A's, 2 B's
(his answer yielded 1 B and 5 A's........)
and then click into each subject I am noticing 1 or 2 F's per subject.
Let the flipping out begin.  Everything else - A's.
Come to find out the F's??  Homework.  Not turned it.
WHAT THE FUCK??
Does the homework.  Doesn't turn it in.  Or turns it in late - which is an automatic F.
Perfect.
So I then decide I am going to rip through his backpack.
Besides the unbelievable lack of organization, I stumble across
at LEAST 4 extra credit assignments......
done
and not turned in.
All of this?  He has no explanation.
none
Doesn't know why he doesn't turn his assignments in.
All this before a swim meet.

So I told him
take all the hate he had for me that morning,
for ripping into him the way I did,
out in the pool
(which he did, by the way)

So that's it in a nutshell.
My friggen weekend from hell.
Feels good to write it all down.
Felt good to dump this all on a couple of my friends today even.
Makes you realize a couple things.
1.  We are not alone in this.  All parents struggle.
2.  Bad shit happens to good people and good kids.

It's all in how it ends.
We talked.
We understood one another.
We know how to proceed from here.
And we love each other regardless.

Because honestly, there are parents who don't care.
I won't ever apologize for my caring
occasionally emerging in some screaming and cursing and door slamming.
according to Gini at 8:31 AM

Girl - I <3 <3 <3 you for your candor. Cause you are damn right. We are all mucking our way through this roller coaster of parenting. ALL OF US have overstepped the lines we drew when we were young naive (idiots) who said "I will never do that with my child". It is so friggin hard. So painful. So full of heart ache. But our journey WITH our children is our legacy. Our children are not. The JOURNEY TOGETHER is.
Love, your fellow potty mouth Mom friend.