can you say "HABOOB"?

haboob
strong wind that occurs along the southern edges of the Sahara in The Sudan and is associated with large sandstorms and duststorms and may be accompanied by thunderstorms. It usually lasts about three hours, is most common during the summer, and may blow from any direction. A haboob may transport huge quantities of sand or dust, which move as a dense wall that can reach a height of 900 metres (about 3,000 feet). The term haboob is taken from the Arabic word habb meaning wind.
Apparently this encyclopedia entry should be re-written to include Arizona.............
and in every welcome packet to new residents.
I tell you - this came as a complete surprise.  Having lived in the desert of Nevada,
dust devils were a pretty common occurrence.  But a haboob??  Never saw one.
Until Tuesday night.
And holy crap - what an experience.
Anyhoo.
I constantly feel like I need to take a shower after going outside.
I feel like ALL of Arizona needs a shower.
A rain shower - at least.
I wonder how long it will be, before you don't see foot prints where you've walked...
This shot here is from yesterday.  Lotta dust still lingering in the air. 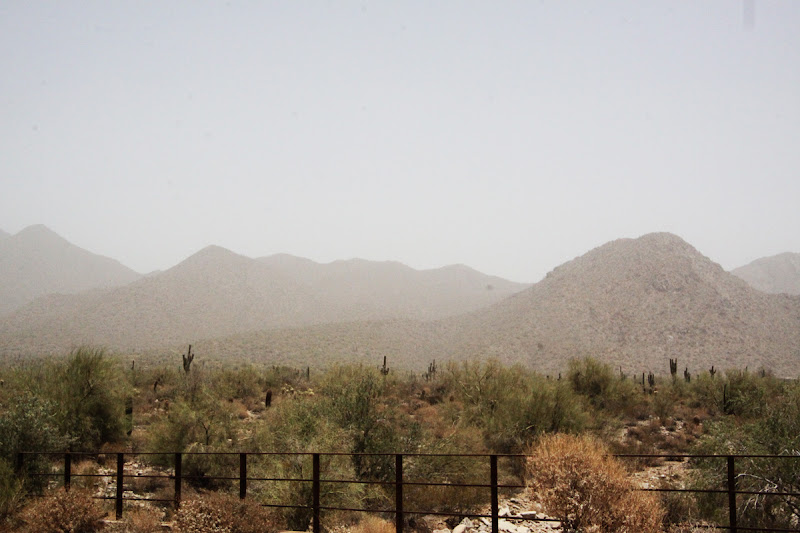 Bill's car - which is never in the garage has this nasty coating on it. 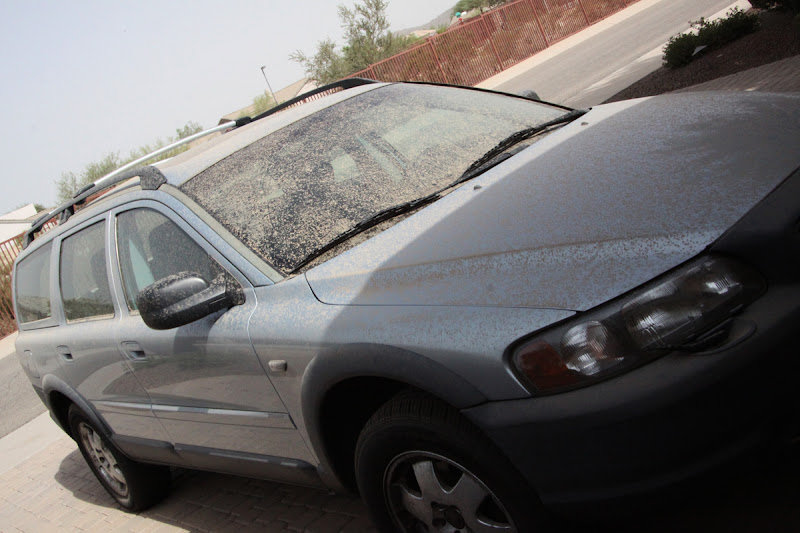 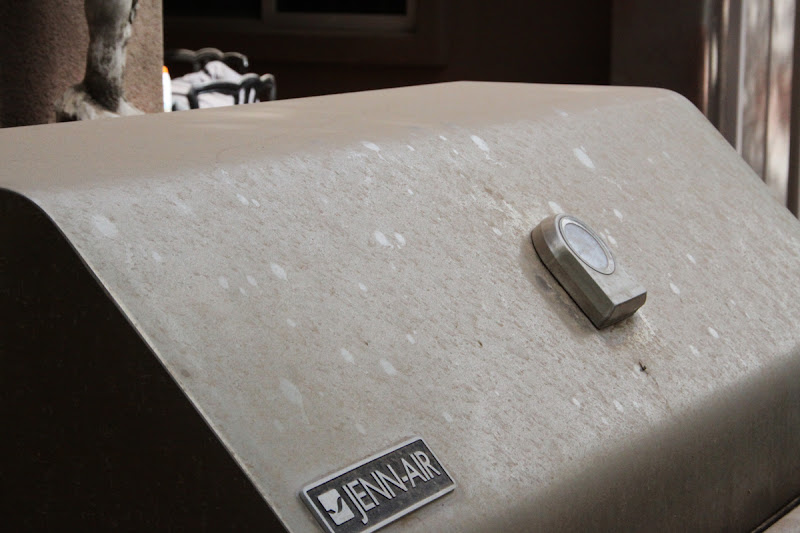 And we had a few UPS packages delivered...... 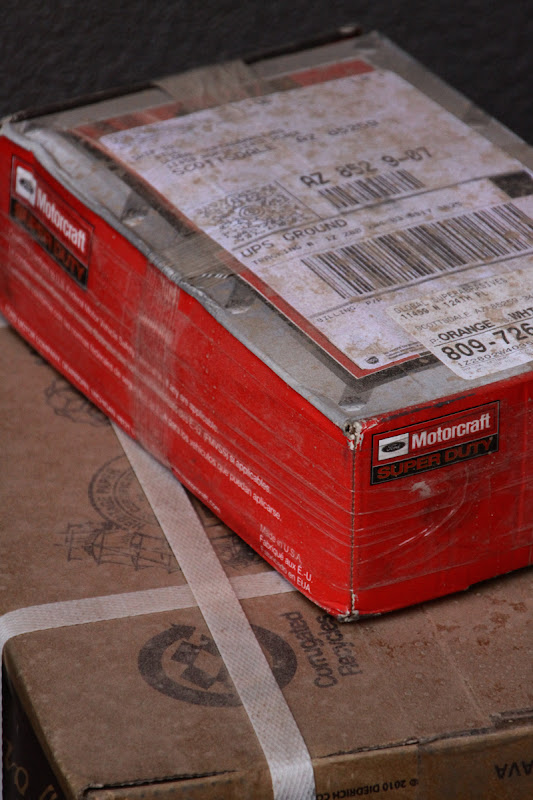 One of which is my K-Cup order......which is still outside as a matter of fact. 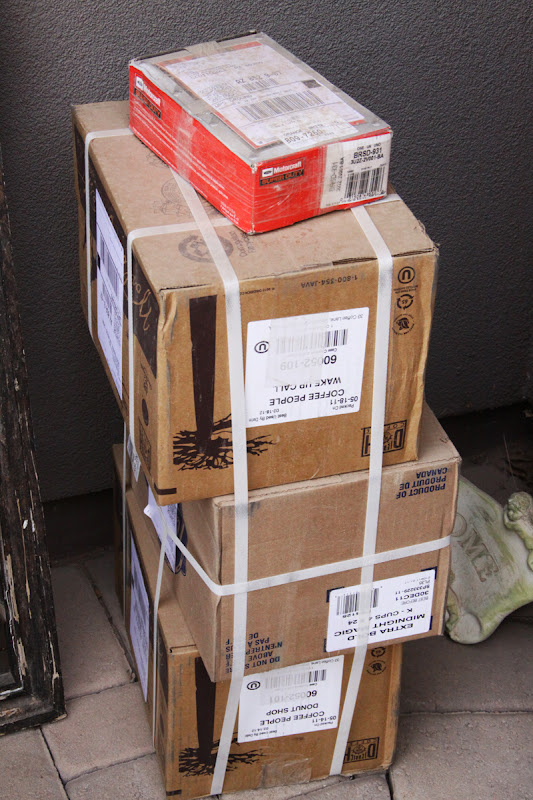 The National Weather Service says we average about 4 of these a summer.
Let's hope not.
according to Gini at 1:19 PM

Hi there! Stopping by from BloggyMoms and already following. I live in northern AZ, outside of Prescott so I wanted to say HI to a fellow Arizonan!

The haboob. What a terrible name! I saw lots of pictures from that 50-mile wide dust storm and couldn't believe it, until the next morning when it settled into our little valley here. Ewwww, is right!

M.
Smile and Mama With Me