It took me a whole day

to recover from yesterday's soccer game.  A whole day because it was just a nightmare.
But an understandable one.  Whoever takes on the task of coaching 5 year olds, needs a medal....
the first day.......I'm serious.
The one person more excited than us, about Garrin playing soccer, was Connor.  He was there to observe.
Check out the mad skills of his little brother, whom he has been "coaching" a little along the way.
He was also there checking out the real coach. 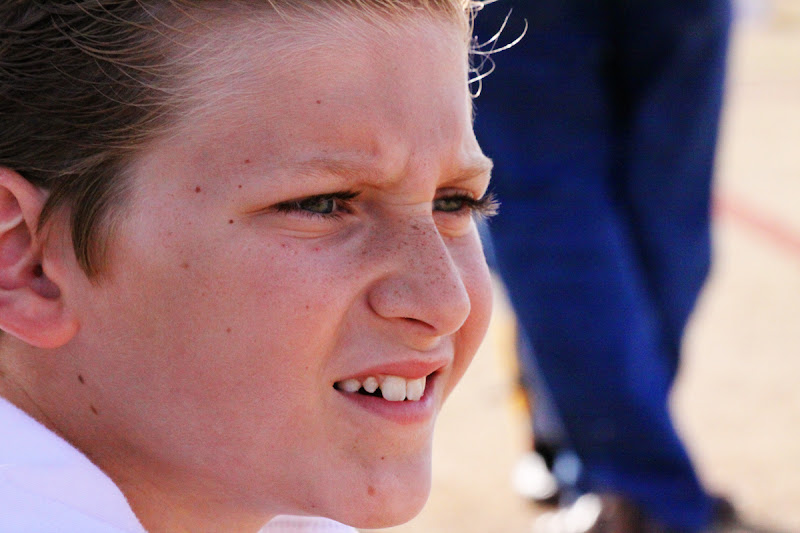 After doing that for about 5 minutes, he pretty much got up to go kick a ball around by himself.  He couldn't take another minute.
It was pure chaos.
Point made here: 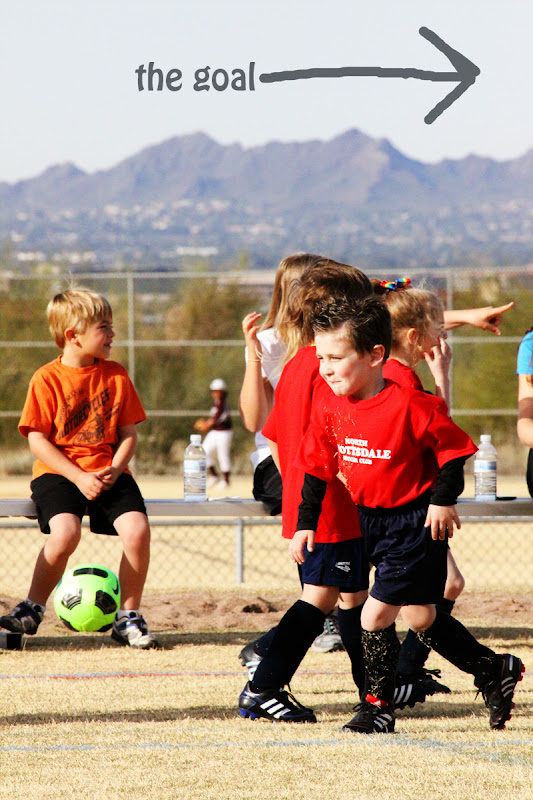 This next shot is terrific but so not what it seems.  I zoomed in on these few kids,
but in reality there were 16 of them running the field in a pack. 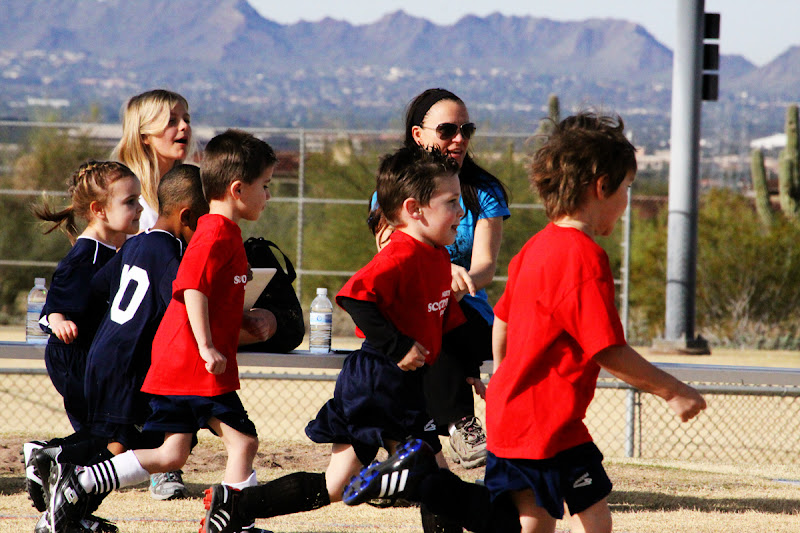 Here you go.  Who the heck, besides the three kids right on top of the ball,
even knows where it is?
And really - who is actually paying attention? 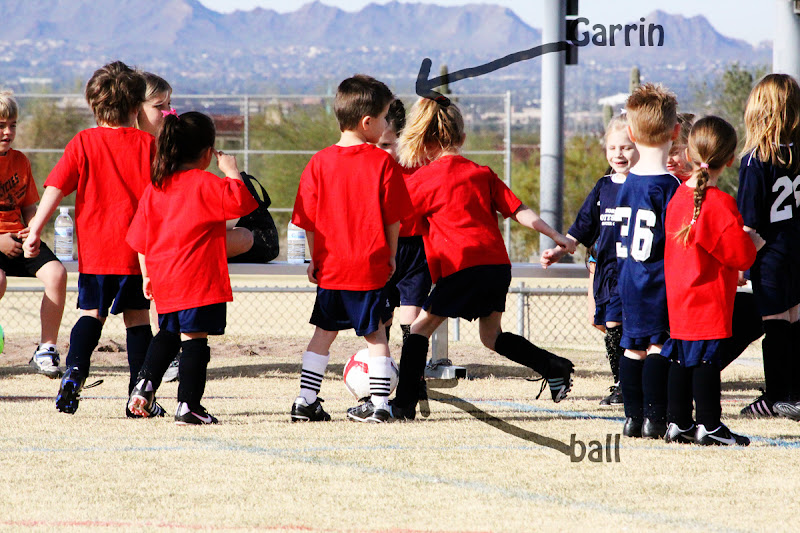 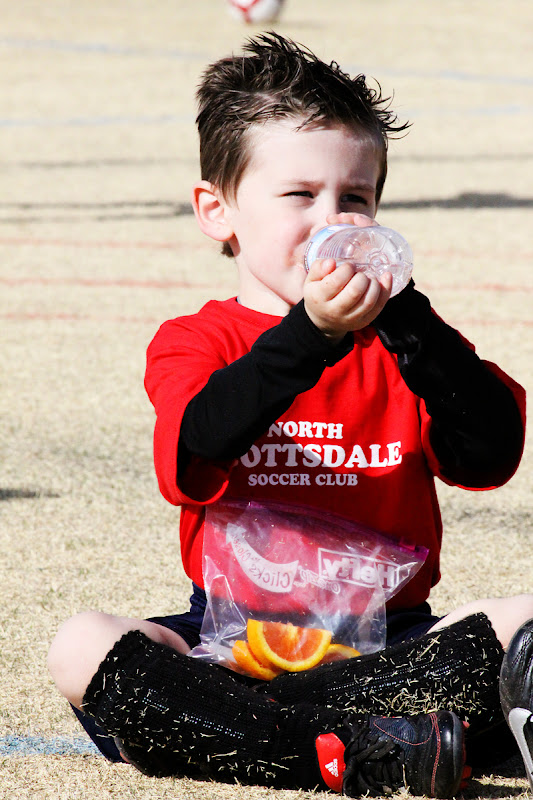 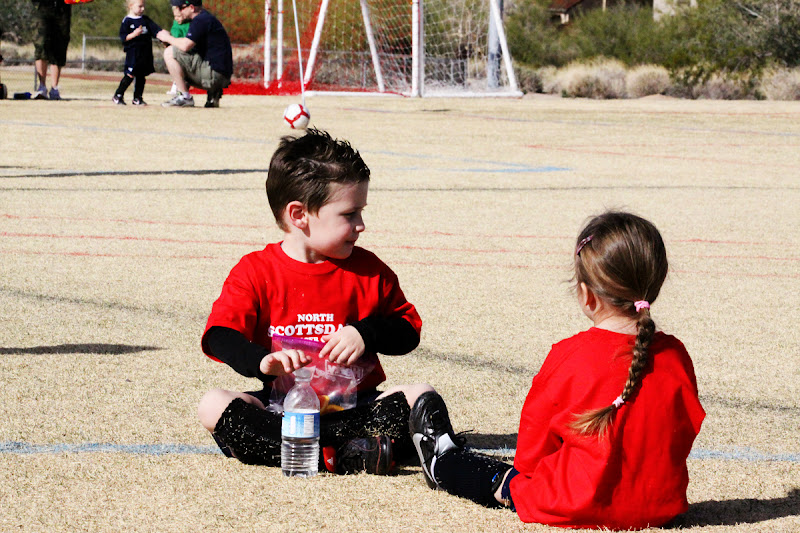 sitting off to the side with a pretty girl.  That's how it's done!!!
So back into the game, and as a good friend pointed out to me regarding my last
blog post about Garrin and his little prissy poses......
It's NOT a bad thing to have your arms flying about in 'airplane mode'.
Professional players even do that......apparently. 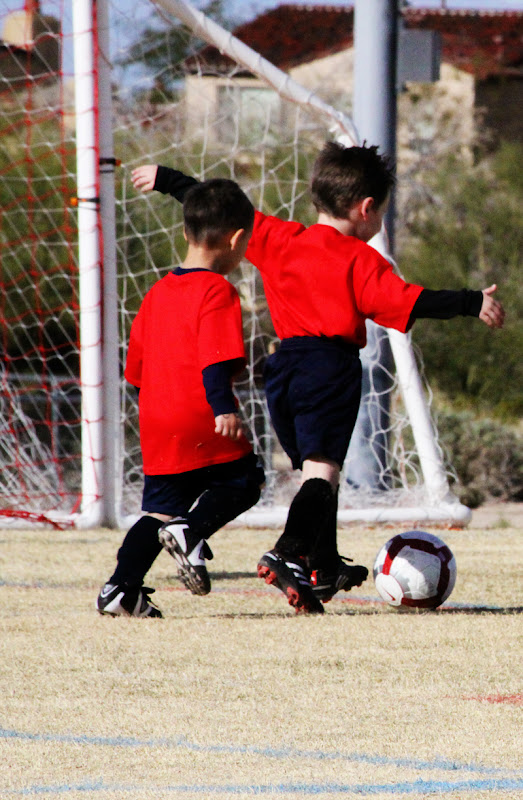 At this point in time - today - right here right now -
it has to be about having FUN.
Not technique, Not coaching skills... 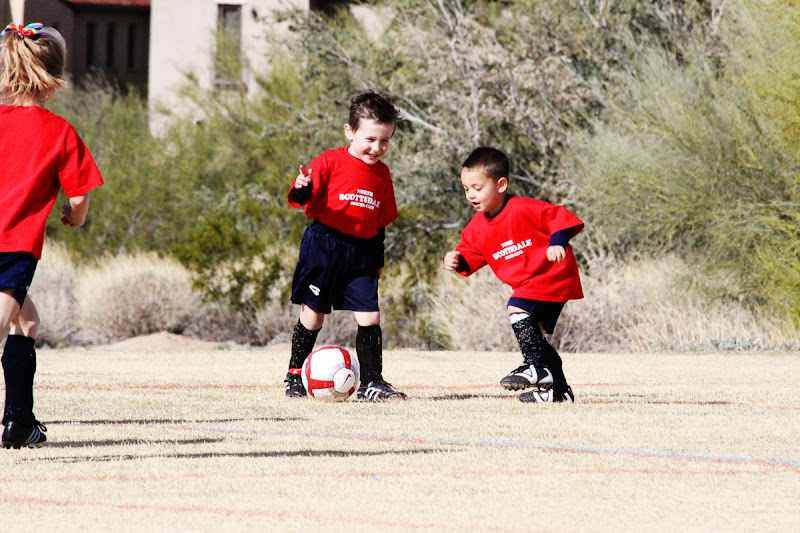 ...but fun.
And Garrin, by far, is the happiest one doing it! 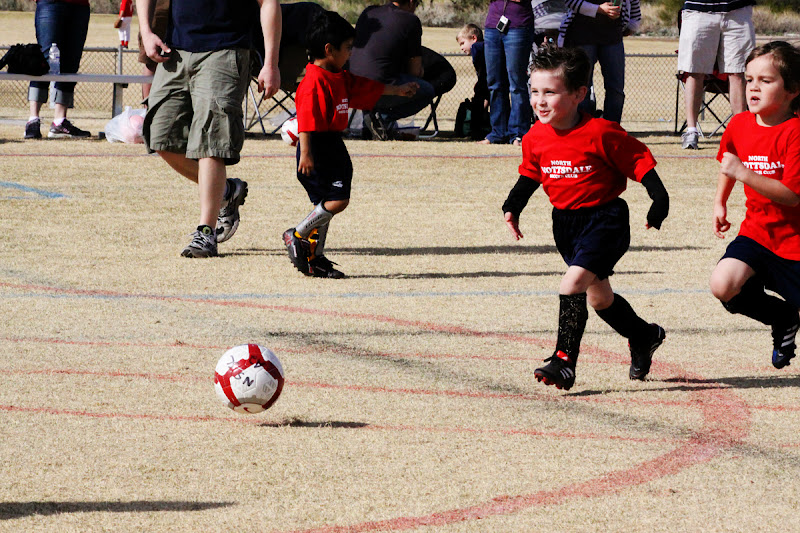