So let's start with photo 317.  I've noticed a lot of photographers, both professional and amateur,
doing this thing called photo 365 or something similar.  And what it is, is a commitment to post 1 photograph
each day for a whole year.  Hence the 365.  Well since I am a day late and a dollar short - but I really
really really want to do this - mine is called photo 317 - because that is how many days are left in this year.
So the little tab under my pretty header - well that is what that is for.  I promise here and now that I will try my darnedest to not hit my archives and actually go out everyday to shoot something.  I consider this project, motivation to get me up and out to do this every day.  THAT will be good.
So on to last nights dinner.
Well I made a honkin' big pot of homemade red sauce/spaghetti sauce/marinara sauce.
What ever you may call it.  I call it sauce.  Period.
And it rocks, by the way.  Each pot I make is better than the last.....usually.
On occasion I have made one that is just horrifying.
So as that was cooking away all day, bubbling and splattering all over﻿ the place,
I had this bright idea that I was going to make some type of homemade pasta
to go with it for dinner.  I opted for gnocchi.
So I googled and hit this website/blog called
The Italian Dish
Fantastic.  I perused the site a little but needed to get busy making the gnocchi.
If you want the exact version and beautiful photos to boot, go to the website.
Otherwise bear with me and check out my crappy photos.
(food is harder to photograph than one would think)
So - baking potatoes, egg yolks and flour.
That's it.
Her recipe was 2, 2, and 2.
I did 4, 4, and 4.
I baked 4 baking potatoes.  The recipe says to prepare the gnocchi with warm
potatoes, as the ingredients come together better.  So I got my pot of boiling water, salted and
ready.  After potatoes were ready, I put them through a ricer into a big bowl.  I then added about
3 1/2 cups flour, saving the last 1/2 cup for adding later or flouring the counter.  I made a little
well, where I added 4 beaten egg yolks.  Then I just got right in there and combined everything.
Burning my hands a little as I went along, because the potatoes were still smokin' hot.
After the dough was formed, I split it up into sections that I could roll out like a snake, flouring the
countertop as I went along.  I kept the unused dough under a warm cloth, while working with
each section.  I took a sharp little paring knife and cut little puffs from my snake. 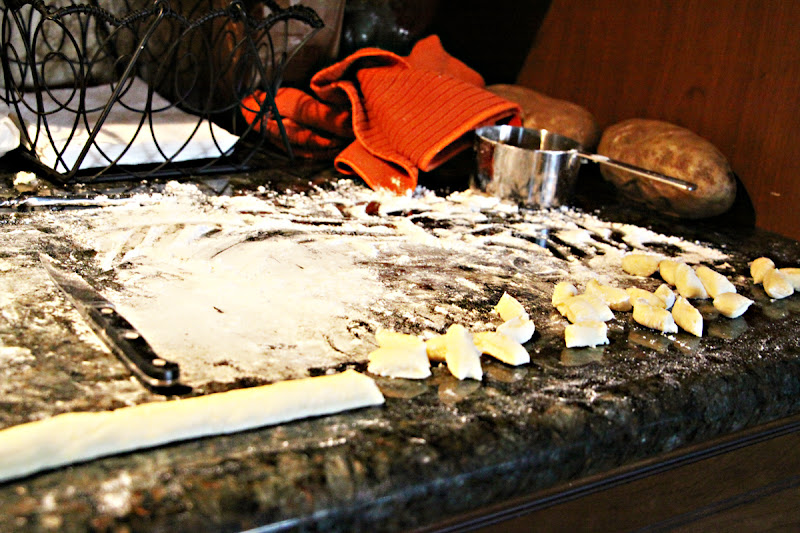 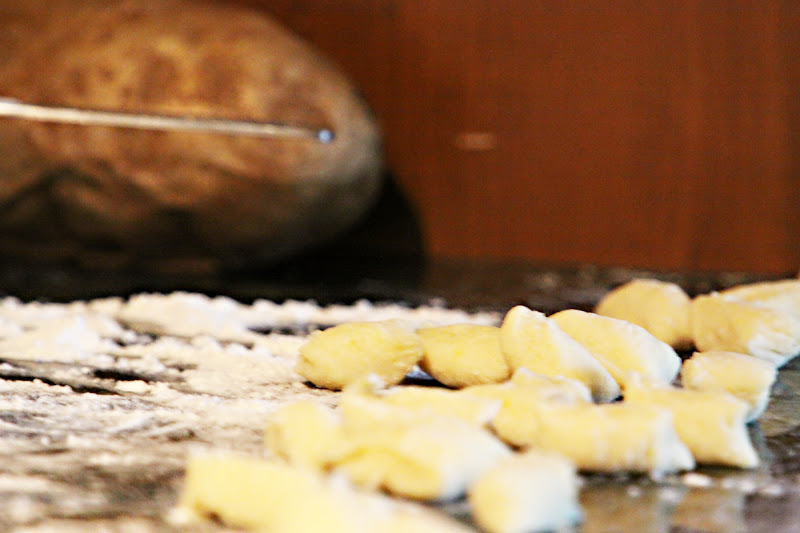 Seriously, could these little pillows of heaven look any better.  I couldn't wait to cook them. 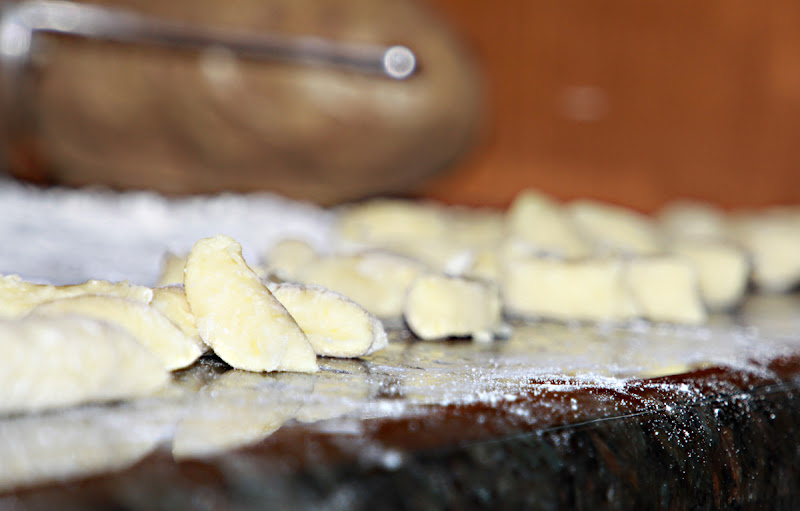 So into the boiling salted water they went, until they were floating - then I left them for about a minute longer,
scooped them out........ 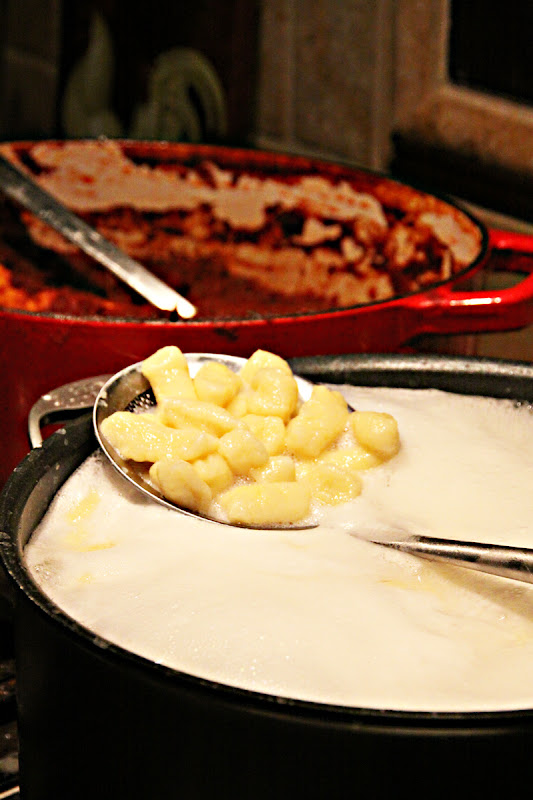 and added a couple of pats of butter. 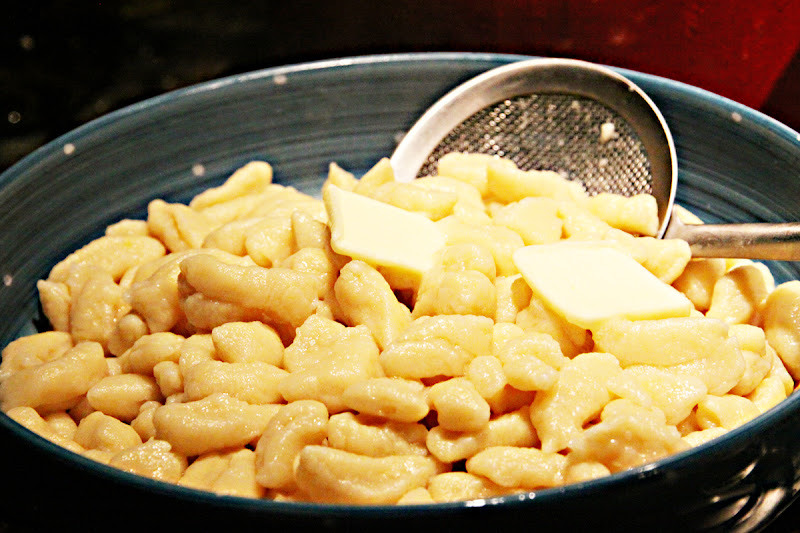 No lie.  Garrin could have done this.
But I already had sauce covering the whole stove top,
and by the looks of the mess I'd made,
Garrin would have made an even bigger one..........
They were so yummy.  So much so that after Hannah got home from having dinner
with a friend - she had a second dinner....with my gnocchi and sauce.
well - Hannah often has two dinners......nevermind.
according to Gini at 8:27 AM

Those look delish! I tried Gnocci once & it was a disaster. Kudos to Garrin if he can pull it off!