I don't know where I first saw the recipe for the Cuban dish - Picadillo.
I remember watching this show on PBS called Cooking with Daisy eons ago.
A latin woman - Daisy Martinez and she would make the most awesome dishes,
but what struck me was her use of fruits in the cooking.  I love that combo.
I remember searching the internet for her recipes and not always having good luck.
Today - her recipes are more accessible.
So maybe she made it.
I do have a couple of Cooking Light Cookbooks which have recipes for
Picadillo.  Each one has some variation in it.  Different ingredients, spices.
So maybe it was there that I made my first attempt at this dish.
It was so good, anyway.  So hearty.  So easy.  And so simple to change up
depending on what ingredients you have laying around.  And I repeat myself,
I really enjoy cooking dishes where I can just throw stuff in the pan.
Then I was watching a Diners Drive In's and Dives episode a while back.
The details are kinda sketchy for me, but I am pretty sure it was Guy Fieri's sister?
Her restaurant possibly?  San Francisco area perhaps?
Anyhoo
She made a Plantain Picadillo Pie.
Same picadillo filling but layered with plantains and cheese.
I actually made that one.
I liked it - plantains were a little dry.  Kids didn't care for it.
I remember once too, making it Shepards Pie style.
Baked a cornbread topping onto it.  Now THAT was a good variation.
Anyway - anytime we have some extra ground beef laying around
from grilling cheeseburgers or whatever, I always think in the back of
my mind to make this dish with the remaining beef.
(you can use pork or veal or even turkey)
Go find yourself a good looking
take on Picadillo and make your own version.
There are a ton of recipes on foodnetwork dot com.
Last night I made it and here is my recipe...sort of.
Kind of a crazy mix here.  I started by browning the ground beef,
with onion and garlic.  Threw in some chopped peppers.
Once that was all browned I drained of the liquid and then added all this stuff: 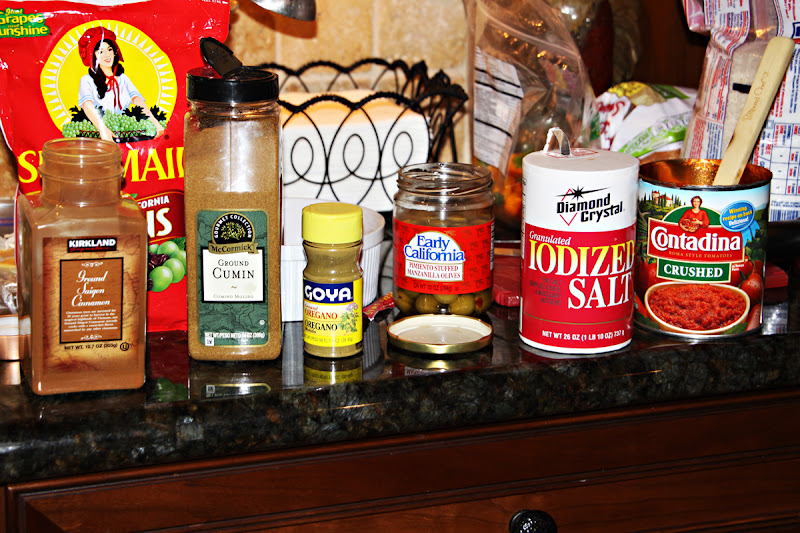 I had about 2 1/2 pounds of ground beef so to that I added
1 teaspoon of cinnamon
1 Tablespoon of cumin
1/2 teaspoon each salt and mexican oregano.
Then I added 1 cup of raisins.
1 cup of spanish olives.
Big can of crushed tomatoes - not drained...because
I cooked rice RIGHT IN THE PAN and wanted the extra liquid.
I added one cup uncooked rice
and an additional cup of water.  Almost like a paella.
Hey it's in my paella pan.... 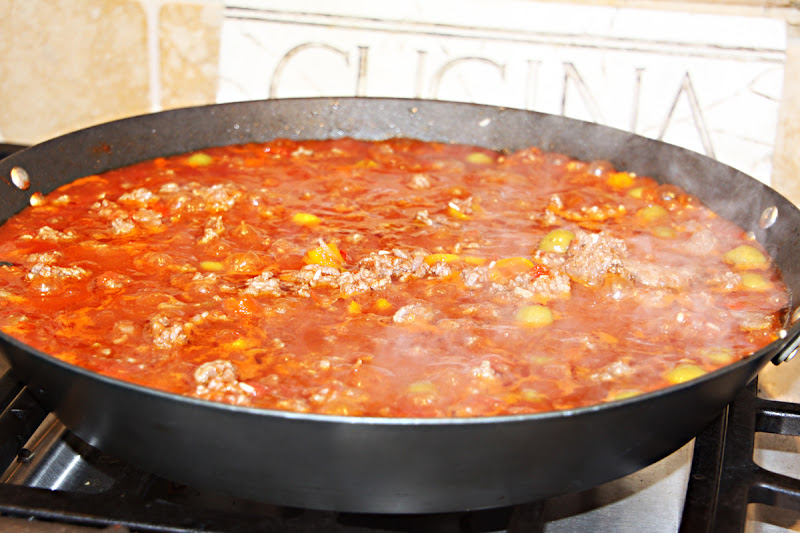 So I let that come up to a boil for a bunch of minutes and then set it on simmer,
and covered the bubbling mess with foil. 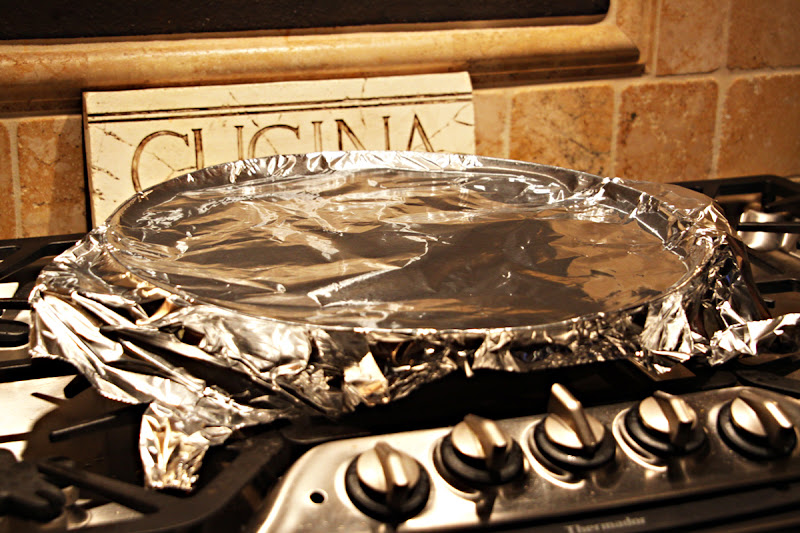 And there she sat for about 40 minutes.  Maybe 30.  Til the rice cooked.
I opened it and the smell was unbelievable! 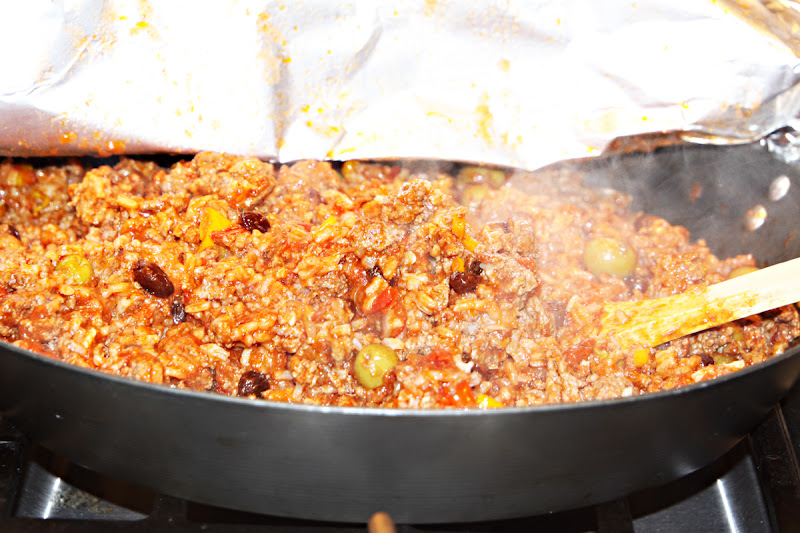 Everything came together so nicely.
My idea of cooking the rice in
instead of cooking rice to serve it on,
worked.
Really awesome, actually.
CHECK IT: 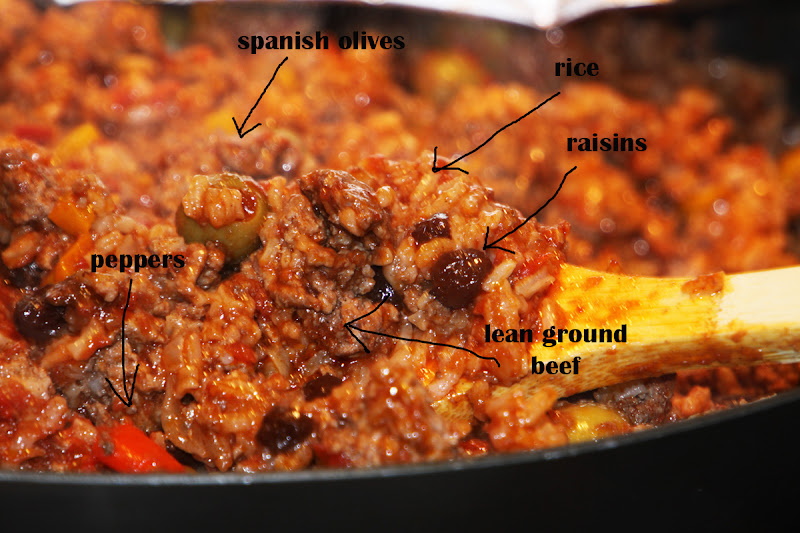