A milestone hidden in another milestone 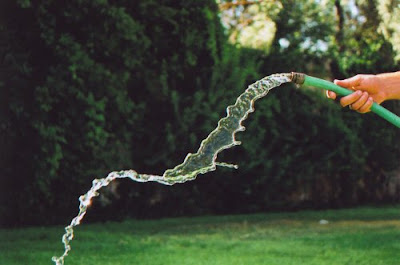 Potty Training. In the beginning it is all the same.
Boys or Girls.
They learn to do their business on the same ol' piece of equipment.
Boys you just have to flip some little flap someway on the chair,
Girls...it goes the opposite way.
Let the training begin.
As a parent of a second boy, I already knew the following would be happening.
While the milestone of actually being potty trained is
HUGE.
This particular milestone is even HUGE..ER.
Garrin finally decided that, yes in fact, it is cleaner, faster, better, less work to pee standing up.
While we have had numerous conversations on why he should stand up.....
**the potty's at Disneyland and most public places are not the cleanest ones around and peeing standing up eliminates having to get fully buck-naked, including shoes, balancing on one still shoed foot, while not letting on itty-bitty tiny bit of skin touch the floor, especially after getting off of the potty and trying to get redressed.
**the explanations I've tried to give him while peeing myself in which he proceeds to ask me
a. why I don't pee standing up and of course, b. why I don't have a penis......
**even though I am fully aware of the fact that the potty's at school are smaller and
lower, I also know that he DOES do it standing up there, and standing on his
tippy toes is just a little something he can do to expedite this.
**the simple fact that Daddy and Connor do it. Get in. Get pee everywhere. Get out.
.....he has had ABSOLUTELY NO FRICKEN INTEREST.
Until the other night. He was just about to fall asleep in our bed. So we asked him to
get up and go pee, before he headed into his room, into his own bed. He marched into
our bathroom half dazed...I was two short steps behind him.
He got in the bathroom, lifted the seat, and peed like a race horse.
JUST
LIKE
THAT!
FINALLY.
according to Gini at 3:48 PM

Amen Sister...No longer will he have to take off all of his clothes to pee...Thanks Garrin.
Love Mrs. Carnaby

Congrats! You wanna come over and get my 2YO on the bandwagon?

I laughed when you said the part about the shoe on one foot. So true! James gets to pee standing up when i take him, as his aim is terrible in anything other than a full-to-the-floor-like-in-elementary-school urinal.