......Connor obviously forgets his brain,
in the jar that sits on his nightstand.
Case in point, Monday of this week,
about 15 minutes prior to giving his Biography Report oral presentation,
in his classroom.
Let's rewind to almost 3 months ago when Connor did THIS report.
He pretty much prepared for this one in the same manner.
But Connor is Connor, right??
Trust me when I say, if there was any way possible to document
the following story in pictures, I would have, but that would
have reallllllly pissed off Connor, so I will try to re-iterate what
happened...in words. It may not come out nearly as funny as it was,
but I'll give it a shot.
Connor did his biography report on Walt Disney. 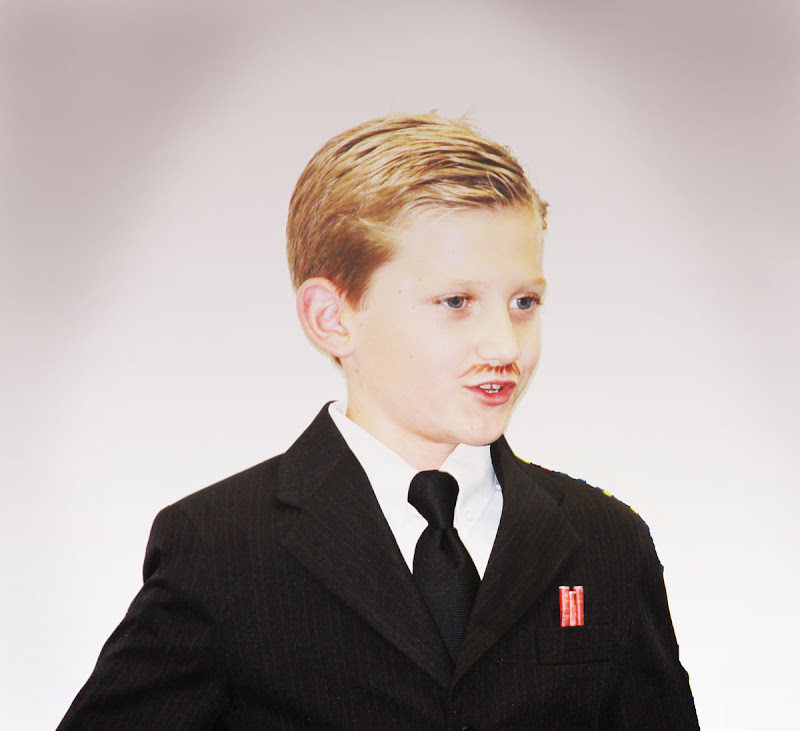 (Please don't even say or THINK, what I have already said silently to myself -
he looks a little like Hitler..........) dammit.
Anyhoo.
The kids were allowed to dress in their outfits after lunch.
But Connor had to have his hair slicked back
like Uncle Walt wore his, before he left for school.
I planned on bringing his outfit in and helping him change,
at about 2:15.
Well, as soon as I got there, Miss Fischer informed me that Connor hadn't
really been himself all day - assuming it was the hair.......spike-less. I know
what she is saying, for sure.
So we head toward the bathrooms. Connor has on traditional school attire.
Navy round neck shirt, khaki shorts.
So I hand him the dress pants and the white button up dress shirt.
I said to him - "Put on the pants and shirt, and come out and I will help you with the
tie and the jacket."
He comes out with the white shirt OVER the navy - shirt unbuttoned.
Everything below the waist is still on - hands me the dress pants and says,
"I can't get these on over my sneakers!"
NO SHIT CONNOR
So I said "Connor....(through clenched teeth) Go back in the bathroom,
take your clothes and shoes off and put on the shirt and pants. Come out,
and we will put on the tie and jacket."
He comes out, dress pants on,
and the dress shirt
INSIDE OUT AND BUTTONED.
So I said "Connor.......(now I am spitting slightly) HOW did you get this shirt
on INSIDE OUT and then
NOT REALIZE YOU WERE BUTTONING IT INCORRECTLY????"
So he keeps insisting it is fine.
I am insisting that I cannot CLIP on the tie with the shirt inside out.
Yes, you can.
No, I can't.
over and over and over
So a teacher I know, comes over and tells Connor to take the shirt off
while she holds up the jacket in front of him, so no one can see his
NAKED-NESS.
And I am wishing to myself that hopefully no one could see his
LAZINESS. 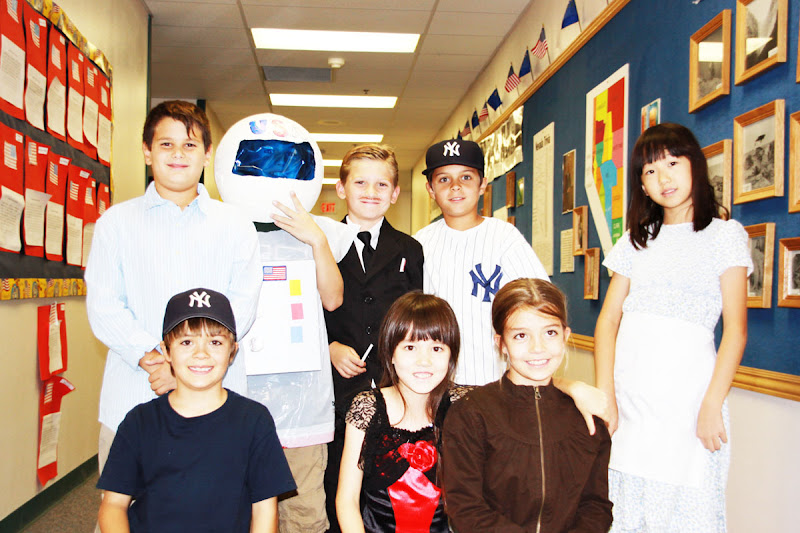 This was surely one of those days when you say
"Where is HIS BRAIN?"
Regardless - He ROCKED IT when it came time to do the report.
and I ROCKED IT making sure he looked......I don't know.....
like he actually cared.

DYING!!! That is so funny, and I can just imagine you standing there doing the mom voice while trying to appear normal and in control. Ahhhh boys and their brains!

wow, I can't imagine the amount of motherly patience exercised at that moment. but it sounds like you pulled it off. Totally hilarious, and quiet a shame you don't have it on video for AFV.

Very funny story! He has a way of just pulling it off, doesn't he?

And, he looks adorable doing it to boot...