I still got to see how proud Connor was for working hard as a second grader, how much he loves his teacher, 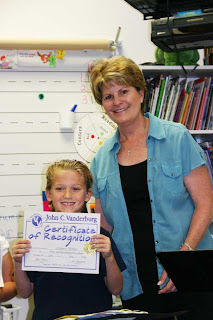 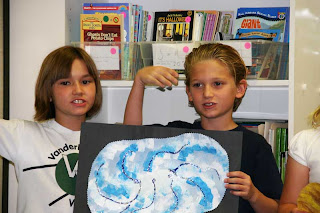 and putting on a little show about outer space! 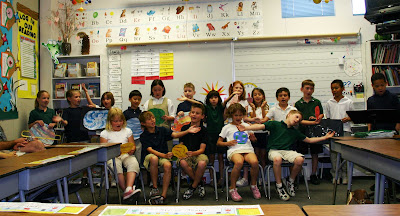 And most of all how excited he is that he is going to be a third grader!!!
Yeah, Connor. Love you. I wouldn't have missed this for anything.

You looked just fine...just very pale. I could tell you weren't feeling tip top. How bout' today any better?

Oh, my little nephew is not so "little" anymore. I just remember him in that great striped stocking cap, holding his hand and taking him out for pancakes and how ADORABLE he was. I CAN'T STAND how fast these kids are growing up!!! Feel better. Did you get any Nyquil yet?

Well, now look at what you have to show for it, wonderful memories, awesome pictures, and a few frustration wrinkles to go with! But hey, I'll trade you your Choo-Choo for my "I make a poop, I make a poop, OOOH SCUSTING!!!" Happy Mothering!

PS - Thanks for the visit to my sorry excuse for a blog! I've loved seeing yours!

You rock, Connor! I can't believe you're going to be in 3rd grade! Love you like crazy.

hope you are feeling better.