So after our night of driving around and my almost-killing-everyone-on-the-road-and-in-my-truck experience, we were looking forward to get a good night's sleep and getting ready for our Zoo Experience. Our hotel was on Hotel Circle - if anyone knows San Diego. Here is the view from our room. Kids thought it was pretty cool - I did too!! 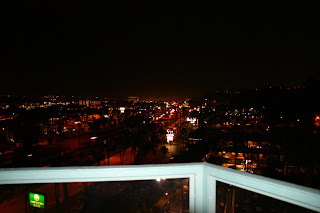 So after a quick breakfast at the hotel we headed to the San Diego Zoo, Saturday morning. It was just 5 minutes from the hotel. Which was a good thing - it wasn't necessary to gas up my "pig" with California gas until later! ($3.59 a gallon)

It was hard to go through and pick out the best photos, but I gave it a shot - here are the highlights. 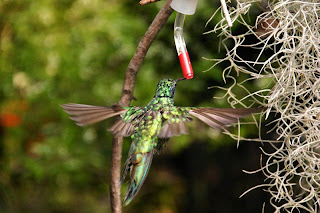 Well, nothing too large at first - but there were some very cool lizards. 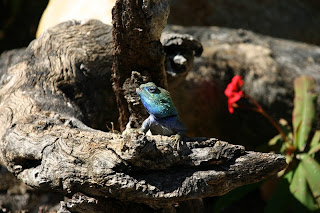 This peacock was in with a turtle that presumably was pissing him off and he sprouted this great look! Later on we saw one of these guys on the loose. I wanted to call the Zoo Police, but Bill said "no". 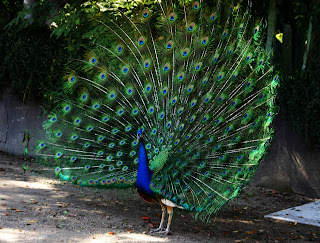 These flamingos were very cool. And this is pretty much where the "what stinks?" comments started. By the end of the day I said to both kids "If you just pooped where ever and when ever you wanted in the house, and just left it there, it would smell, right?" "Well...look around..." 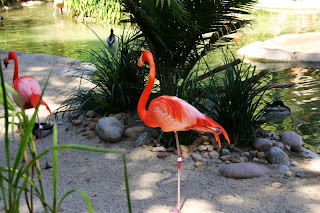 I would say the only thing that "went wrong" this weekend was Garrin's sudden fear of....I don't know....EVERYTHING. A piece of dust, a leaf, the wind blowing in the wrong direction, a spot of water on his shirt, a bug flying around (especially the bug flying around one). Anyway, we were able to, on most occasions, just RE-DIRECT, and the blood-curdling-screaming would stop momentarily. So imagine all of the prayers Bill and I were saying under our breath during the next exhibit. You had to get in line to see the Panda Bears and there had to be very little noise - so as to not disturb them.....................shit, were we going to be in trouble if something set off Garrin............. 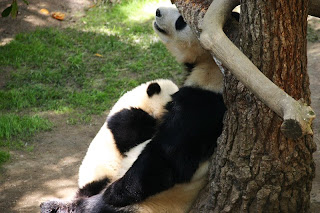 All was well, without incident.
This next shot, Bill took with purpose. 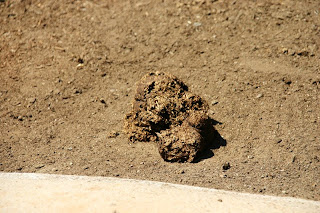 "See kids" he said. "Lucy's poop is NOTHING compared to Rhinoceros poop. You should be grateful." 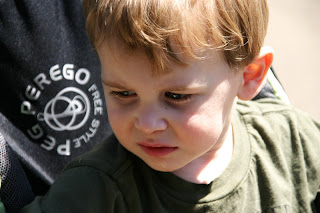 "Grateful for what?" Garrin looks like he is saying.
Anyway. Next up - a bunch of show-off's, showing us their nice round, firm asses. 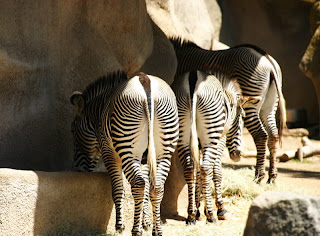 OK, and I know there is a proper name for this animal - I just forgot it - but doesn't it look like a zebra got a little too frisky with a giraffe??? 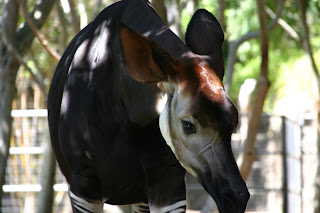 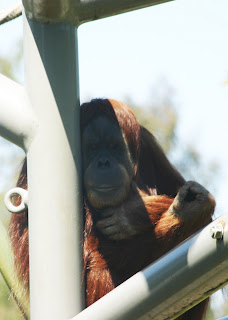 So look at this picture - click on it to zoom in if you need to... 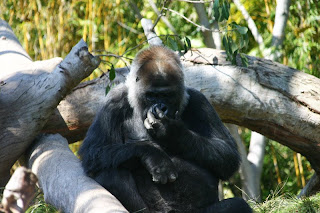 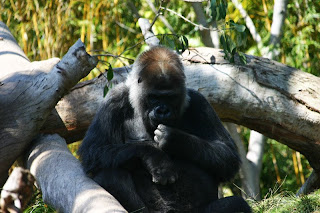 
"Does this lettuce make me look fat?" 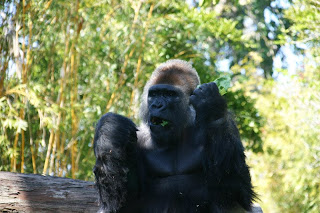 Go figure that this was the hottest part of the zoo. The temperature felt about 15 degrees higher. I don't know how these animals stand it - oh, that's right - we live in the desert too! 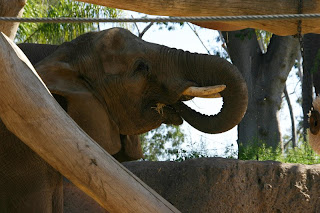 And here is our ode to Diego, Garrin's favorite show. The Spectacled Bear. LOVE HIM! 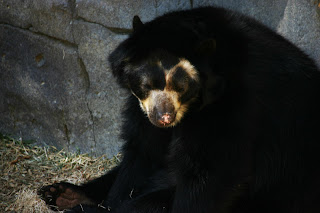 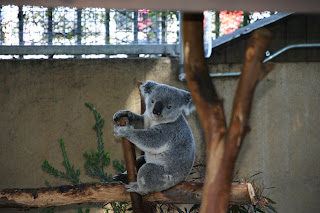 So that was our day at the zoo. Here we are all tuckered out from all that walking..... 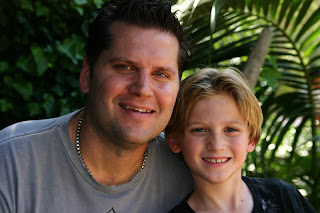 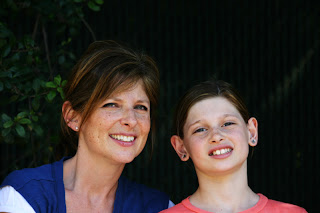 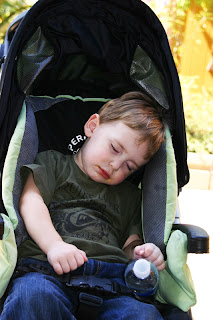 Yay!!! I am so jealous! OMG that hummingbird pic in the aviary is GREAT! Love the Koala, he is cute too. The Easter bunny put a lion cub, an elephant calf, a baby zebra and a baby chimp in James' basket and he LOVES THEM! He would love the zoo.

Oh no he di~in't~ You do know how I feel about boogees right? G.U.L.P!
I mean DO NOT G.U.L.P! you know what I mean!
Great pics and looks like fun was had by all.

p.s cute picture of you and the Banana!