Look what I found on the camera

So as far as I know, this past weekend when Hannah and I were in California, Bill was home with the boys, contending with the fact that Connor was just beginning to be well after a week of being pretty sick, and Garrin was just on the cusp of the downward spiral of this virus. Should have been an easy enough weekend - hanging out at home - gettin' ready for the Super Bowl.

I decided to download pictures of the little camera and here is what I came across. I will narrate a bit on each photo found. 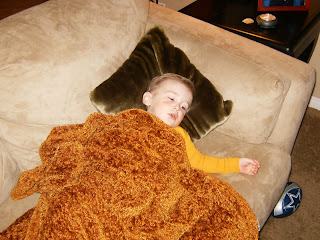 This must be the first day of Garrin being pretty sick. Easy enough for Bill. Plop him on the couch in front of the TV, only after he is heavily medicated with Motrin and Delsym. Easy enough, I'd say. 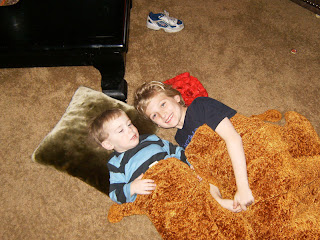 Must be day 2 off Garrins' sickness. Connor's looking pretty good here. But let's just plop BOTH boys in front of the TV. Easy enough still. 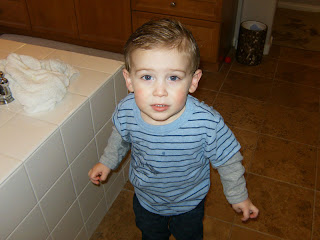 This must be Sunday - the day of the Super Bowl. The boys have to get showered, because Bill is having a party. Probably a good thing, have to wash off all the dried runny nose crap Garrin probably had all over his face. Here is my littlest looking so very cute after his shower. 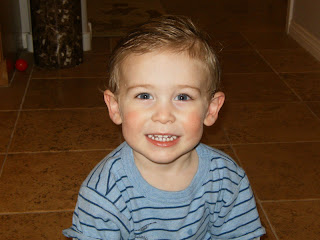 Here is Garrin posing for a shot for Bill. You know, in case the boys don't look enough like him already - He is making sure we have plenty of pictures to prove it. 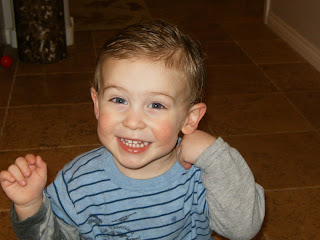 Now here is the shot I was expecting to see. Cute as a button, isn't he? But doesn't it look like he stuck his arm either in the toilet bowl or the kids fish tank??? Now, THAT'S my Garrin. 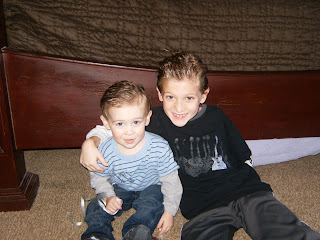 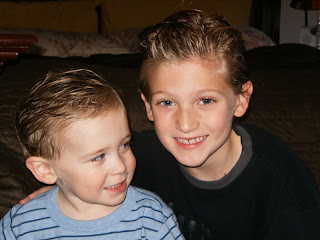 And here is my Garrin, giving Connor the "eye". Making sure that Connor is with him...on making some REAL trouble later!!!!!!!!! Right, Garrin?
Seriously, thank you Bill, for being a great dad and taking great care of the boys this weekend. Maybe we should have "Girls Weekend Away" more often.